I hope y'all had a great Thanksgiving, and those of you who are doing NaNo are on track to win! Also, officially time for Christmas music! Though I'll admit, I started listening sporadically to Christmas music before Thanksgiving...

Anyway, it's time for the yearly clean indie Black Friday/Cyber Monday sale! Dozens of ebooks for under $1, some even free! A handful of authors are also offering discounts on paperbacks. Some of my favorites, like Ilyon, Firmament, and Acktar are a part of this sale! Make sure you check it out!
Here are the specific deals I'm running. 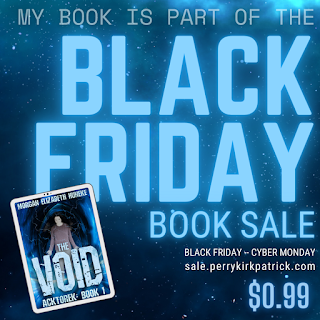 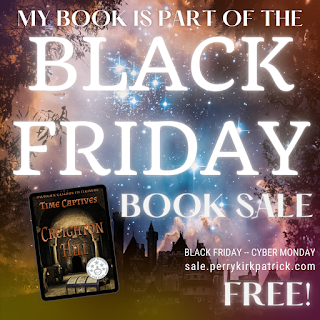 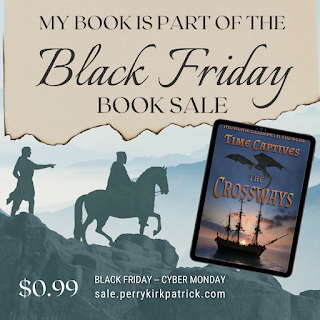 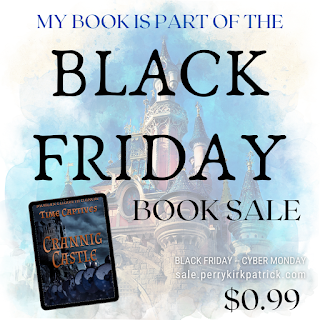 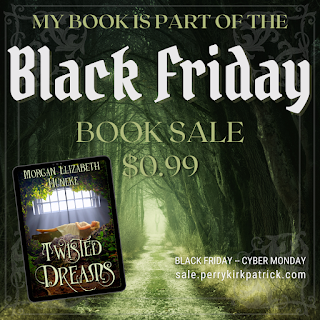 I'm also participating in a couple other group sales! Be sure to check them out! (Note: I haven't read the other books in these promos, so I can't vouch for worldview or content.) 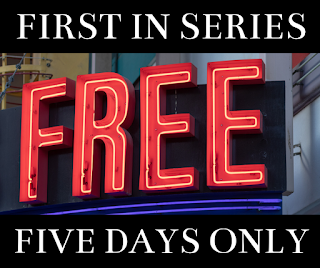 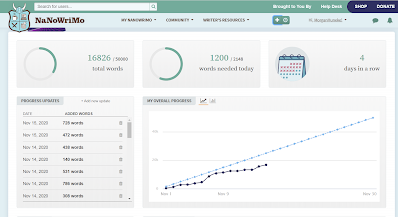 Yeah, I was definitely crazy to think I could pull this off. But hey, I'm 6 chapters ahead of where I was before, which puts me closer to the end of this draft. And maybe, just maybe, I'll somehow pull it out and finish draft 2 of Acktorek 2: The Vanished by the end of the month.
Honestly, I'm still not super happy with it. The plot is solidifying itself, but Emma's back to her shutting-me-out antics. 😛 Oh, Emma. Mitchell's fine, but since most of the emotional aspect of this book plays off of Emma, it's a roller coaster, and not in a good way. But this is why I rewrite and rewrite and rewrite until I get it right. And hopefully it won't take too many more drafts before it's right and y'all can continue Emma and Mitchell's story!
Now off to get more words...
Posted by Morgan Huneke at 6:00 AM 3 comments:

It's NaNo Again, and I Might Be a Tad Bit Crazy

So a couple months ago, it was taking FOREVER for library books to come in at the second library I use. I was putting a few on hold every week, thinking they'd trickle in eventually, and well, I might get to read such and such book in a few months.
Well, then they mostly fixed the problem that was making it take so long (though I've still got one that's been in transit since AUGUST), and a BUNCH started coming in. So now my account summary looks like this: 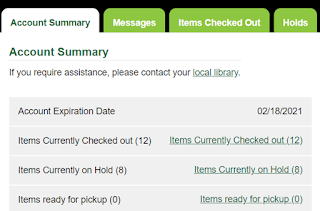 Also, a few months ago, I decided to preorder the Royal Ranger book that comes out tomorrow. Because I've been anxiously awaiting it and scouring the internet for news about it long before it was even announced. Will and Maddie are going undercover as jongleurs! I'm so excited about it! And hoping it'll actually come today. Sometimes preorders do that.
I also put a book on hold at my main library. Which is currently sitting unread because I've got others that will be due sooner.
And then I decided to do NaNo. I need motivation to actually sit down and finish draft 2 of Acktorek 2. I fully intend to finish this draft (estimated 40,000 words) by the end of the month.
I committed to two sign waving shifts on election day, and then remembered, hey, that's during NaNo.
There'll be Thanksgiving later on this month.
I'm participating in Black Friday sales again this year.
And there are a lot of changes going on at work.
But I fully intend to get all these books read, finish this draft, fulfill my sign waving commitment, and keep up with work and teaching (I mean, I have to do that), and watch The Mandalorian every week 😉, so I very well might be crazy.
And if I'm barely around the internet this month, I'm not dead, I'm just swamped with things to get done because I'm crazy.