Carla’s fingers danced over the smooth piano keys, spilling forth a Bach invention into the empty music room. Mrs. Hartwell, the school’s head music teacher, had procured a braille copy for her, but Carla still preferred to learn by ear. She felt the music more that way. It flowed through her soul.
The invention finished, she plunged into her own variation of “Amazing Grace.” It delighted Mrs. Hartwell to hear Carla’s variations, and she’d encouraged Carla to write her own song entirely. Carla wasn’t ready for that, any more than she was ready to do without her older sister. She didn’t know how to live without someone to lean on.
Somehow, “Amazing Grace” morphed into “Let It Go”—she was proud of her versatility, though her more classically trained contemporaries sometimes poked fun.
And that’s when she first felt it, like a shadow passing over her soul. The hair on her arms prickled, and she was cold. There was a presence. She couldn’t say just what it was. All she knew was that it was evil.
Carla…
The voice was inside her, not even necessarily inside her mind, but simply a part of her.
Carla…
The room was silent; no sound touched her eardrums. Yet the voice persisted from somewhere deep inside her.
“No.”
She stood up quickly, the piano stool crashing against the floor, something falling on the keyboard creating a cacophony of notes. The presence vanished, creating a vacuum not quite physical inside of her.
The door clicked and swung open. Emma’s presence filled the room, calm and soothing.
“Car? What’s wrong?”
Carla drew a deep breath and picked up her book bag. “Nothing. Why would something be wrong?”
She could feel Emma’s skepticism even before she spoke.
“You aren’t playing.”
“I’m ready to go.” She headed towards Emma’s voice, stumbling and nearly falling over the piano stool. Hands reached out to steady her. Two pairs of hands. “Hi, Grace.”
“Are you sure you’re okay?” Grace asked.
“Positive.” Whatever had happened, it was over now. She didn’t need to worry about it. Perhaps it had even just been her imagination. Yes, she’d imagined it. She did have a vivid imagination.

I Hadn't Intended to Do NaNo...

...but my goal is to finish draft 2 of Acktorek by the end of April anyway, so I thought I might as well start a project. I'm behind, but I'm determined. And actually, last week I had my best writing day ever with 4,022 words. New words. I'm actually writing a lot more new material than I expected, but it's good. Still a lot of work to do, but I'm liking it. You can see my stats here.

And here, have a snippet.

She could hear the screaming before she opened the back door. Five minutes. That was all it took. Five measly minutes. And she’d known it and not been careful anyway.
Steeling herself, she opened the door and stepped into the kitchen. Her mother stood in the middle of the floor, shrieking, reaching for the phone hung on the wall, struggling against Emma’s dad who held her tight. Her mother’s hair was matted and wild. Tears streamed down her face. She struck at Emma’s dad, trying to escape from his firm grasp. He stroked her hair gently, trying to calm her, but to little avail.
“Livy, it’s okay. She’s fine. It’s okay.” Mr. Edsel’s voice held the practiced deep calm it always did. That placid, in-control tone that never seemed to work, but Emma didn’t want to know what things would be like without it.
“She’s gone!” Mrs. Edsel shrieked. “My baby!”
Emma took a deep breath and approached her parents. She put a hand on her mom’s shoulder. “Mom, I’m here. I’m safe. I’m here. You don’t need to call 911. I’m here.”
“Emma’s here, Livy,” Mr. Edsel jumped in. “She’s right here, safe and sound.”
Mrs. Edsel stilled for a moment and turned her head towards Emma. Emma met her gaze and tried to hold it. But her mother’s gaze was empty, not registering what she saw. “My baby is gone,” she whimpered.
“Mom, it’s me. Emma.”
“Where’s my baby?” She turned back towards Mr. Edsel and beat her fists against his chest. “Where did she go? You let her go and now she’s gone. Where is she?”
“Livy.” Mr. Edsel grasped both her forearms in one hand, holding her still. “Emma and Carla are both here. Your babies are here. They’re safe.” He looked deep into her eyes, trying to connect with her, to find the part of her that was still lucid. Emma wasn’t entirely sure it existed anymore. “No one’s missing. No one’s hurt. We’re all here.”
Mrs. Edsel stared at her husband, uncomprehending. “Where?”
Emma stepped around next to her dad’s shoulder. “Mom.” She grabbed her mom’s shoulder. “I’m here. Right here in front of you.”
Mrs. Edsel blinked. “Emma?”
“Yes, Mom. It’s me.”
“What were you doing outside? You were gone. You could have been killed!” Mrs. Edsel’s voice rose into a shriek.
“I’m safe, Mom. I haven’t been killed. I was only in the backyard.”
“You could have died! You could have—”
“Olivia.”
Mrs. Edsel looked back at her husband.
“She’s safe. Emma’s sensible. She won’t get hurt.”
“But she might have…” Mrs. Edsel trailed off into a whimper.
“She didn’t.”
Mrs. Edsel whimpered long and mournfully and curled into her husband’s chest, trembling violently. He held her, rubbing her back, speaking soothingly to her. After a few minutes, he looked at Emma and jerked his head towards the stairs. Her cue that she could go. None too soon.

Eliza Noel has a book coming out! I haven't read it yet, but it sounds like a very interesting story. As a homeschool graduate myself, I think a story about someone beginning homeschooling sounds fabulous. Here's a little bit about the book.

Dawn Chandler likes the way her life is— or was. She liked going to the mall with her best friend, excelling at middle school, and attending church with her family. Typical life for a twelve-year-old in the city of Fresno.

When Dawn’s parents announced they were going to homeschool her, on her birthday no less, she felt like her world was falling apart. Normal kids are supposed to go to school, not read books at home. To make matters worse, they may be leaving the only home she’s ever known.

What are her parents thinking?

Before making the final moving decision, the Chandler family visits Lone Pine, a small town between Mt. Whitney and Death Valley. While there, Dawn and her siblings become acquainted with their eccentric great uncle, explore the new area, and meet a large homeschooling family. All of this makes the 'vacation' more bearable. Still, Dawn isn't sure if she can make the move and leave everything she’s familiar with behind.

Can Dawn learn the values of faith, family, and contentment?


And here's the lovely cover! 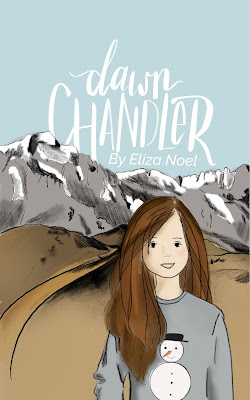 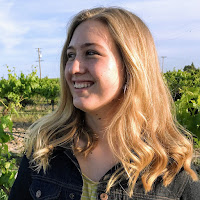 Eliza Noel is a home school graduate with passion for Jesus, people, and literature. Growing up, her favorite books were always Nancy Drew, Anne of Green Gables, and Pride and Prejudice. Around age twelve she wanted to read something with positive values in a modern setting, but couldn’t find what she was looking for. So she wrote it.

When not doing something book-related (reading, writing, blogging, bookstagramming), Eliza works at her day jobs, spends time with her many younger siblings, longboards, has coffee with friends, eats chocolate, and listens to music. California is home, but she would like to travel more and feels she could learn to be content anywhere.

You can follow her writing journey and see snippets of her everyday life on elizanoelauthor.blogspot.com or by following @elizanoelauthor on social media.

"My Dum-Dum Want to Speak"

I have an announcement to make. Two, actually.

First, Time Captives is getting new covers! I hadn't planned on doing this so soon, but earlier this year as I prayed about what direction to take next with my books, this was something that was impressed upon me to do now. It took me a little while to figure out something that worked, but I'm excited about the way the covers are turning out, and can't wait to release them. My current plan is to reveal the new covers sometime in May with the new editions coming out at the beginning of June. It's going to be awesome.

Second, I'm going to Realm Makers! Again, I hadn't originally planned to go this year, but circumstances worked out to where I can go. I'm nervous because I've never done anything like this before, but at the same time, I'm super duper excited. So many people to meet, so many things to learn, I finally can justify making an Anna dress now that Simplicity patterns are finally on sale this week, and it's going to be so exciting! Yes, I'm planning on going to the Awards Banquet as a Disney princess. That's just the sort of person I am. :)

So these are the things I've been working on, these as well as working on the audiobook of The Crossways and the second draft of Acktorek. It's not going nearly as fast as I would like, but I keep reminding myself that it'll get done when God wants it to get done. And I'm really liking the way the second draft is coming out on the whole. More Mitchell, more Carla, more weird fake-sciencey stuff. I'm not going to pretend that the science is realistic. But hey, if The Flash can get away with constant paradoxes and endless pseudo-science, why can't I make stuff up? (Yeah, I've started watching The Flash too. It's awesome, and the only DC thing I actually like.) I can't wait to see how this draft of Acktorek turns out!

Are you excited about the new Time Captives covers? Anyone else going to Realm Makers this summer?
Posted by Morgan Huneke at 6:00 AM 1 comment:

I'm still on a blogging break to catch up on writing projects, so here are some of my favorite blog posts for you to enjoy. 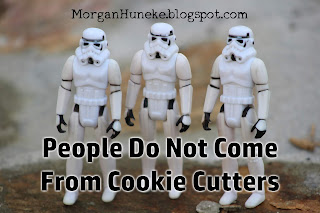 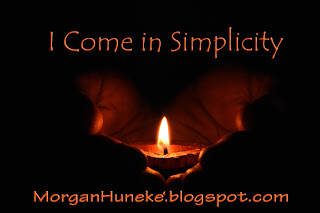 I Come in Simplicity 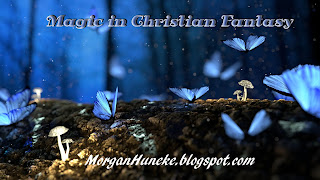 Posted by Morgan Huneke at 6:30 AM No comments: