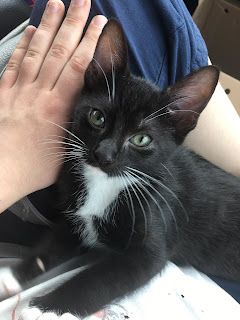 Costume Pictures, Realm Makers is Almost Here, and I Actually Wrote Something!

Yeah, I don't have a fun, snappy title for this.
Anyway, I passed my last CLEP test last week, so I've gotten back into writing. It's not going as fast as I wish it would, since I'm blazing a new trail right now, but it's interesting, and, as my friend reminded me, "books are written one word at a time." Still, I'm determined to finish this draft of The Vanished before I start school in mid August. I really want to have it done by then. And maybe this time the second half will work well enough to just edit.
There's my writing update. Can you tell I've already killed my brain with studying?
Anyway, Realm Makers is THIS WEEK!!! I CANNOT WAIT.
But I know what you really want to see after that title. Costumessssssss.
I finished them! And of course my sister and I had to try imitating the poses from the Revenge of the Sith promo photos. Which was fun. If you're on my email list, you've already seen some of these, but I have more. Here ya go. Let me know in the comments what you think! 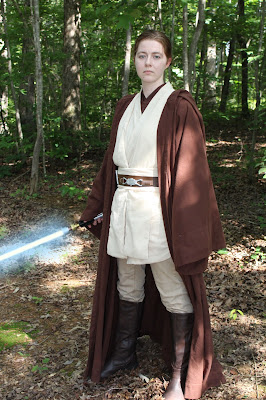 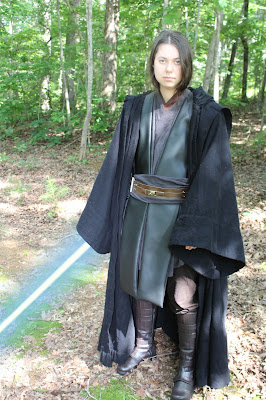 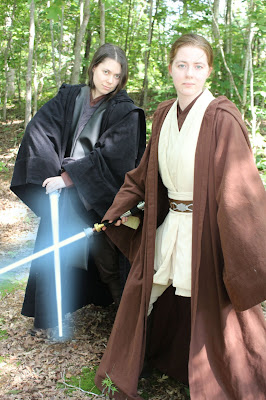 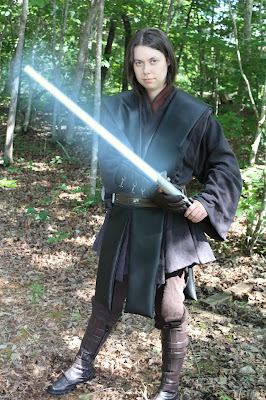 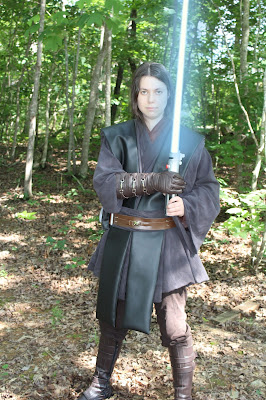 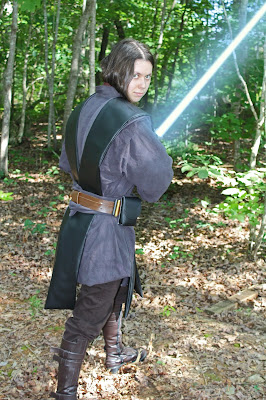 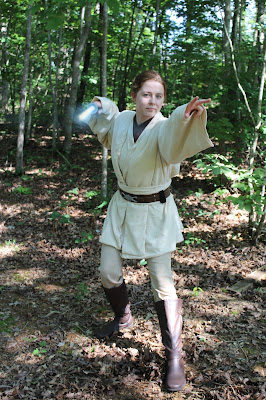 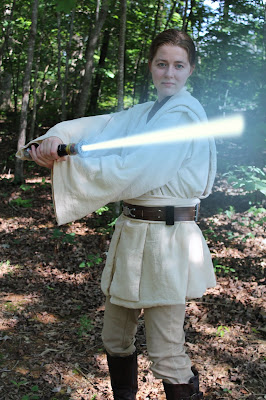 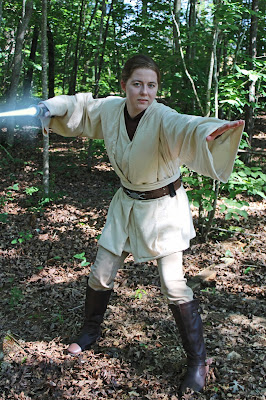 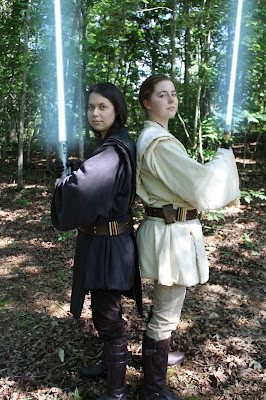 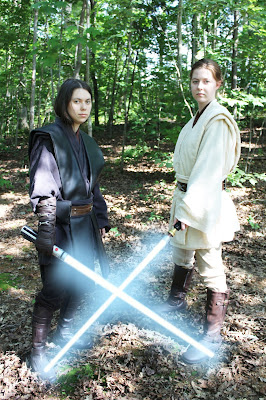 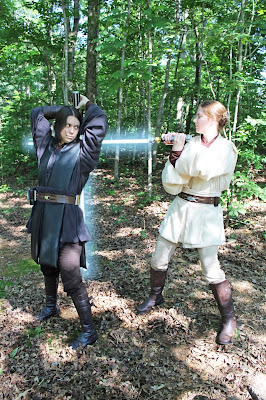 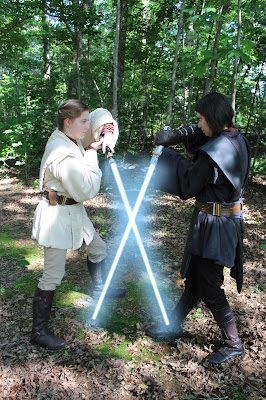