I said last year that I felt like this year was a blank. I had no idea what would happen. And looking back on this year, I don't see how I could possibly have predicted it. It's been QUITE the year. To begin with...

I got a job at the library! I wasn't looking for it or anything--I did that the summer before and it didn't work. This time, I was stopping by the library to pick up a Jedi Quest book I had on hold and saw an advertisement for an opening on the door. Now, my branch pretty much only has openings when people retire, so this was big. I applied, didn't think I'd get an interview, got one, and was hired just a few hours after my interview ended. I love it when things happen like that. It just shows me that God was the one Who did it, and it had nothing to do with me. I've loved working there (best branch in the system :D ), and I've met so many people in town. It's been great.

We had Narnia happen in the backyard. ;) Okay, it snowed. 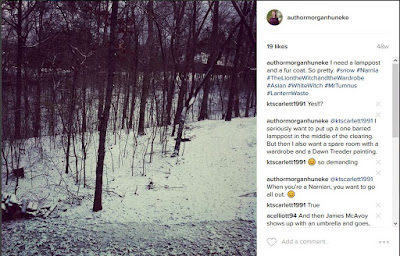 We had an uber creepy salamander in the basement. I ran. Very fast. And then watched Studio C to calm down and was getting light-headed. Not even joking.

I started rewriting the Cassie story from scratch. Some days were fantastic, some days....not so much. But I got to the climax in April, and then got seriously stuck. July NaNo completed that draft, which was so much better than the previous one, but, well, it still needs a lot of work and Cassie and Luke stopped talking to me. So.


It was campaign season again! And even though my job prevented me from doing quite as much for Team Loudermilk as I normally do, I still managed to get in several Saturdays and weeknights of door to door (including yet another dog attack...thankfully not as bad as the one in 2014), and do things like handing out stickers at the county convention and sign waving before a debate and on election day. Team Loudermilk is the best. :)


I played in another orchestra concert, turned 20, got welcomed to getting old, and then went crazy. Because deciding last minute to go forward with the idea you decided against because it was more work than you wanted to do is just the way to go, right?

In other words, I published Espionage. And drew 9 pictures in 2 1/2 days. With a part time job. Let's just say that when I finished, I never wanted to draw again. But I can't regret it because I love the way the chapter headers turned out. And I love that book. It's one of my favorites that I've written, but I shouldn't pick an absolute favorite because they're all my babies. ;)


Shortly thereafter, we went to Indiana for the Indy 500 (well, my dad and sister went to the 500), and went to Conner Prairie, then stopped by the Creation Museum on the way home. It was fantastic.

My sister and I had a booth at a local festival shortly before Independence Day. 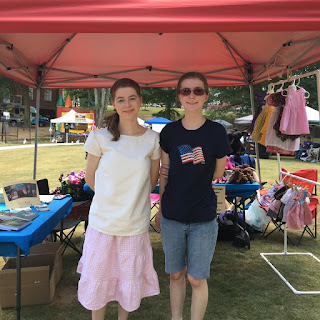 And then I risked looking like a phone-addicted millennial in order to keep up with NaNo while at another Independence Day event. Have I mentioned how excited I was to discover I could use italics on the Notes app? Yeah, I'm a total nerd. 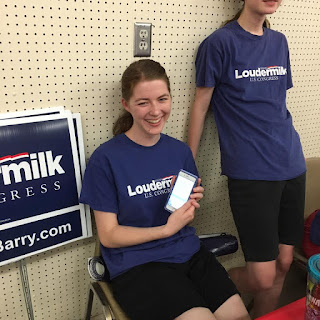 In August, I helped teach Foundations of Freedom: Generation, a class about America's founding documents. I'd taken the class once and been a sort of behind-the-scenes volunteer another time, so I was already quite familiar with the course, but having a teaching role was a bit nerve-wracking. I shouldn't have been so worried, though--it went great and I really enjoyed it. After all, I love to teach and I know this material ridiculously well thanks to the Loudermilk family. Can't wait to do it again, because people need to know this stuff! And it's part of building my wall, anyway.


We went camping with some friends over Labor Day weekend, which was so much fun. You can read more about it in my summer recap post. Then we went to Charleston, which was also fantastic. And also has an entire post dedicated to the trip.

A bear walked through our yard... 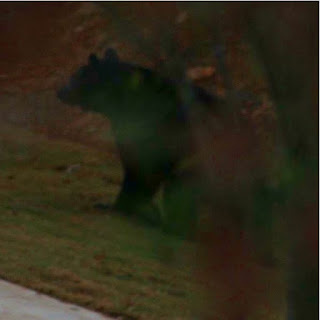 ...and I published Crannig Castle. It's kinda sad to come to the end of Time Captives, but exciting too. Time Captives has been a big part of my life for four years now, and it's a bit weird not to have any of it to work on. I guess I need to write some shorts and that Espionage sequel I want so badly...plots, come to me! 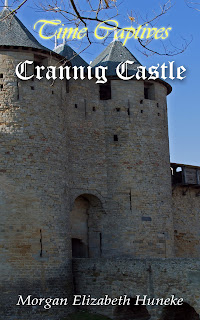 And I had another instance of God doing something unexpected: He gave me music students! I'd taught a few kids before I moved, and I had done a little advertising after we finished the basement in our current house, but I hadn't tried very hard to find students after I got a job at the library. I didn't expect it to happen, and then it did. I love it when God does things like that. And I love teaching. And my students are talented musicians and great kids besides. :) By the way, if you're in my area and need a piano or violin teacher, or know someone who does, I have openings. More info here.

We had Thanksgiving with some friends, went to a Christmas dance, I was in a Christmas parade for the library and played the conductor for a Polar Express program, and got ready for Christmas.


We had a great Christmas at home and it was 70 degrees outside. I love living in Georgia. Then the day after Christmas, we had some family spend the night on the way to Florida and some more family that live nearby came for dinner. I played Pit with the older cousins (so much fun, even if we did sound like the seagulls from Finding Nemo), and then because I was too tired to play more games, I holed up in the library with my seven-year-old cousin and my phone and we watched Studio C. It was a great evening. 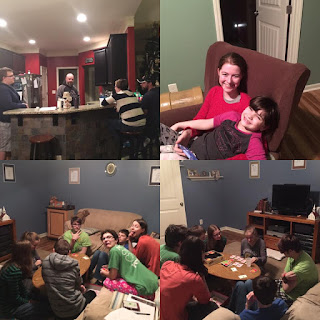 And that about sums up my year. 2016 has had its ups and downs, but overall, it's been a pretty good year. Crazy and busy, but isn't every year? I think I have a little more of an idea of things that could be coming up next than I did a year ago...things that make life crazy and interesting. Life is quite the adventure, isn't it?