I've long since learned that it's wise to listen to Emma Edsel.
She's a very temperamental character, tbh, so if she's in a cooperating mood, I have to jump on it. So I'm going from the pirate book back to Acktorek. Not that I don't want to write the pirate book, but Emma's ready for me to come back, and I'm ready to go back to her, and honestly, my emotional connection to Emma and Mitchell is a lot stronger than my emotional connection to Anthea and Edmund. I'll come back to the pirate book. But Emma's ready, and I can't let the opportunity pass.
Now, of course, I decided to go back to Acktorek in the middle of a really crazy week, so I'm not very far yet, but I'm liking this rewrite so far. Fingers crossed that it'll be the last major rewrite and I'll just be able to edit after this, but...we'll see. Emma may be ready for me to come back to her story, but she's still a complete mess, and so it's quite difficult to get right. And emotionally draining. But worth it.
And hey, audiobook recording for The Void is going well. And so is cosplay progress. My tunic, tabards, and obi are complete, and I've finished dyeing the fabric for my sister's and started on hers. Well on our way to transforming into Anakin and Obi-Wan! No, no pictures yet. But there will be. Possibly with photoshopped lightsaber blades, since I just have a hilt I had 3D printed at the library. Which is still cool.
Here, have the beginning of draft three of Acktorek: The Vanished. Probably won't be exactly like this in the published version, but here's the current version!

I hate graduations.
This one isn’t technically as bad as my last one. That one was open ended. This one gets me a job. But that job is one I really don’t think I can do.
Yes, I’ve trained for it. I’ve technically passed all the milestones, all the tests, all of everything. Mitchell thinks I’m ready. My therapist, Dr. Wilset, says it’s good for me to do.
But I can’t. They don’t know. They don’t know how badly I’ll fail. How badly I’ve already failed when it really, really mattered.
Oh, they say it wasn’t my fault. I go along with it. But it was. I didn’t do my job. I failed in my most important responsibility.
And I might know science. I’ve learned a lot of fascinating things at Acktorek Academy. I might have done well at logic and deductive reasoning. I might be just paranoid enough to be good at spotting deception. And I might have picked up the defense techniques pretty easily.
But that doesn’t mean that when it comes time to save the people I care about I won’t fail.
Just like I did last time. 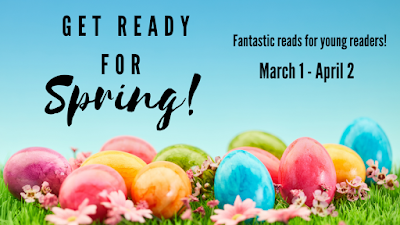 Posted by Morgan Huneke at 6:30 AM