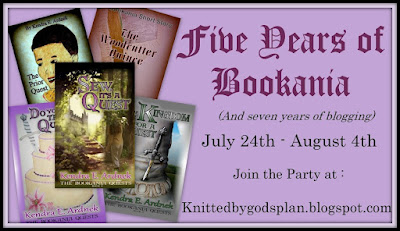 My good friend Kendra E. Ardnek is having a blog party to celebrate five years of The Bookania Quests! It's a series full of fun fairy tale retellings you won't want to miss. And for the party, a bunch of Bookania characters are visiting blogs for interviews. Hop over to Kendra's blog to find all the rest!

I got to interview my favorite Bookania character, Eric. It was a ton of fun. Enjoy!