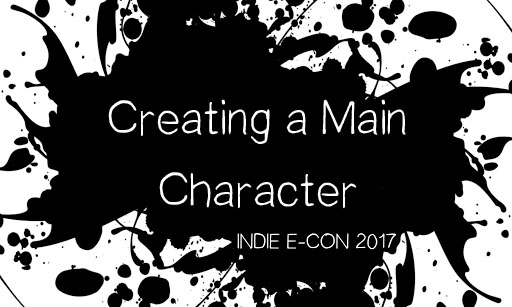 How do you create a main character? It's one of the most important parts of your novel. After all, your protagonist is essential to the story. I've broken down the process into five easy steps.

Step 2: Give them a backstory that's relevant to their role in the story. Your protagonist should have some reason to care about the story they're in, some reason for them to have the skills they use in the book, some reason for the plot to be relevant to the protagonist. For instance, Meg Murry has a reason to care about tessering about the universe and going to Camazotz because she wants to find her father who disappeared years before. It's a little harder in portal fantasy type storylines, but they still need a reason to care. Like how Lucy made friends with Mr. Tumnus and Edmund joined the White Witch. It involved their family personally.

Step 3: Create a well-rounded, three-dimensional character that's a product of their backstory. Your protagonist should be a realistic person. No one wants to read about cardboard cutouts. No one wants to read about Mr. Perfect. What readers want is a character who is real. Someone with strengths and weaknesses, personality and quirks, likes and dislikes, things they're interested in and things they couldn't care less about. And if a character is real, chances are, readers will care and find something to relate to.

Step 5: Write the book. A great protagonist is useless without a great story, so what are you waiting for? Go write!

Check out the rest of Indie e-Con at www.knittedbygodsplan.blogspot.com!

Vote for your favorite 2017 Indie e-Con Book Awards picks here!
Posted by Morgan Huneke at 6:00 AM