Just three weeks until the three Sleeping Beauties are here! It's an exciting time as we're getting ready for the blog tour, doing final edits and proofreads, formatting, setting up preorders (you can preorder Twisted Dreams both as a kindle book and a signed paperback), doing NaNo instead at times...

As a part of all the excitement, I got my first proof copy! 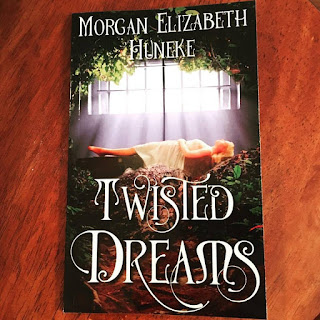 I'm really loving the way it came out. I was so nervous it would turn out awful...I'm always afraid of that...and then it didn't. So have some more pictures. 😊 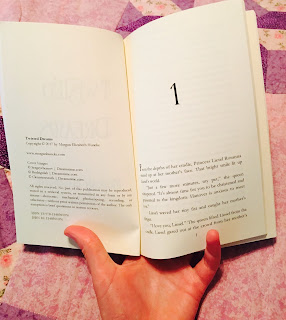 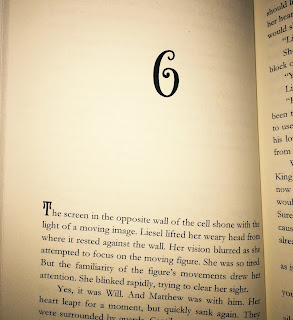 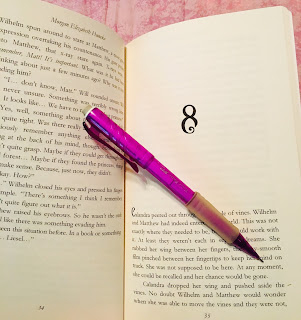 Hopefully these aren't too spoilery. 😉 What do you think of the interior design? I decided not to go with regular drop caps, since they were a BEAR to deal with in Time Captives, but I like the larger first letter. And it's just so exciting to me to hold the real book in my hands.

At the same time as all this, I'm doing Camp NaNo. Maybe conventional wisdom says releasing a book and doing NaNo at the same time is a bad idea, but it's a novella, and I'm only writing 40 pages of the Espionage sequel. But it's going fairly well, and it should get me pretty close to the end of the book. The story is a bit messy right now, but I feel like there's a pretty decent chance you might get the book next year. Maybe I'm crazy, but I think we all already knew that. At any rate, I'm pretty excited about both Twisted Dreams and the Espionage sequel right now, which is so much better than the writer's block I've been suffering so much from. Time to get back to work to make this thing happen! Three weeks till Sleeping Beauty!


What do you think of the Twisted Dreams proof? Are you doing Camp NaNo this month?
Posted by Morgan Huneke at 6:00 AM