*SPOILERS FOR  MOCKINGJAY, CAPTAIN AMERICA: THE WINTER SOLDIER, LAST OF THE JEDI, REBEL FORCE, AND THE EXPERIMENT* 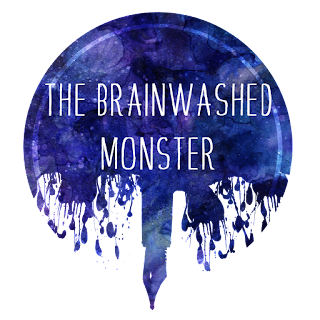 One of my favorite science fiction tropes (don't laugh) is that of the good guy brainwashed into a monster. I'm not sure why I like it so much, but I do. I guess maybe because it's dramatic and really pulls at your heartstrings. I've written it once, myself, and have plans for another book involving it. But ever since I found out that X-7 was probably Trever Flume... I've just been a goner for that kind of plot element. How do you do it well? I'm still learning, but here's a recipe I've come up with.

A likable character
An evil scientist
Removed or distorted memories
Brainwashing/torture
Sic 'em on their loved ones
Pretty please fix them at the end?

To start off, make that character lovable. Peeta's the nicest, most decent main character in The Hunger Games. Well, except for Prim and Rue, maybe. Bucky is basically Cap's big brother. Trever's this clever street kid who falls in with the early rebellion and develops into a hero (and then has to have his memories erased at the end of Last of the Jedi to protect him :'( ). Edmund is a strong, protective older brother very close to his younger sister Anne. The more readers love your character initially, the more it'll destroy them later.

Add in the evil scientist. Whether it's nameless Capitol scientists, the Empire, Hydra, Miss Reginald, you've got to have someone who can thoroughly accomplish this transformation. Someone who is willing to do it either because they have no moral code and they like experimenting on people or because they're being forced.

Now that you've got the means, remove or distort their memories. If they have a good handle on who they are and how their world works, they'll never turn monster. Peeta had his memories of Katniss altered with tracker jacker venom. Edmund's memories were transferred from his brain to a computer. Bucky and X-7/Trever had no memory of their previous lives. But removing their identity isn't quite enough. You have to rewire their brains. Torture them, reeducate them, do whatever it takes to turn them into weapons and use them to destroy their loved ones.

And here's where the really heart-wrenching part comes in. What good is your good-guy-turned-brainwashed-monster if he's just sitting around in a lab? You've got to get him out into the action! Set a trap for the rebels to "rescue" him so he can go choke his girlfriend. Send him around assassinating people where he can run into his best friend. Give him a mission to kill the hero who's hanging out with his long-lost adoptive brother. Send his sister in to get attacked (note: I wrote The Experiment about a year before I read Mockingjay, when I was only vaguely aware of the trilogy and had no idea about Peeta's hijacking). Your readers will cry buckets if you've done previous steps well, which is exactly what you want.

Now this last step is optional. Some use this garnish on their Brainwashed Monster, some don't, most only do it part way. Do you fix him? I fully restored Edmund when he regained his memories, partly because I didn't have much time left in the plot, mostly because it was too painful to leave him that way. Peeta mostly recovers, but it takes time, and he's never the same. Trever, not so much. He kind of dies. Bucky, well, I haven't seen Infinity War yet, and while I do have some spoilers, you just never know who's really dead and alive in the Marvel world. So this is really up to you. Do you want to restore your character? Leave him crippled by these events for the rest of his life (which is probably most realistic, PTSD and all)? Let him die as a monster? Make your choice, adventurous writer. And go turn that great character into a monster.