Kendra E. Ardnek has a new story out and it's a Rapunzel retelling! 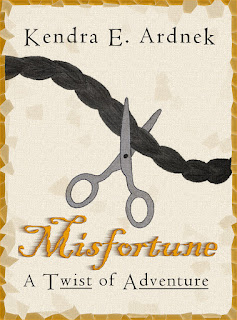 Tagline: Is the safety of a country worth the sacrifice of one girl - even if she is the daughter of blood and misfortune?

Book Description:
A Twist of Adventure #4

The day she was born, her kingdom fell, and so she was branded the daughter of blood and misfortune and locked away. Now a dragon plagues the land and her curse may be the only thing that stops it.

But is she really cursed?

Explore the rest of the series! Amazon || Goodreads


This was a very interesting take on Rapunzel. It's set sort of during the book of Daniel, there's a definite reference to Babel, and there's not really a whole lot in the way of magic. So it wasn't exactly what I was expecting, but that's not a bad thing.

The way it's written, it really feels like a proper fairy tale. A baby girl was born the day the kingdom was attacked and her father and brothers killed. Her mother called her "the daughter of blood and misfortune" and didn't even give her a real name. Later, Prince Delshad is given a terrible task to execute, and he's not sure he can do it. And he's pretty sure it's not the right thing to do.

This story is pretty short, but it doesn't really feel like anything's missing, and I did feel like I got to know the characters as much as the length allows. Delshad is a good guy and I really feel for the girl. Poor thing. And the way the Rapunzel elements are woven in felt neat and unique to me. All in all, an enjoyable read. 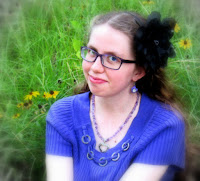 About the Author:
Kendra E. Ardnek is the self-proclaimed Arista of Fairy Tales. She lives in the Piney Woods of East Texas with her dragon babies and massive herd of mini-giraffes, and she is still waiting for one of her fifty nutcrackers to come to life and marry her. When not writing, you can usually find her sitting in a random box, and she’s frequently known to act before she thinks.
Find her online at:  Website || Blog || Goodreads || Facebook || Twitter || YouTube || Newsletter || Instagram || Amazon

Check out the rest of today's blog tour stops!