In short, it's a word I made up off the top of my head that has no etymology whatsoever. 😉

In all seriousness, though, it is (obviously) something very important to the Acktorek series.
Initially, it was a species, but then I decided to call the species Zambina (another word I'm not sure where it came from, except for maybe an subconscious twisting of Zamboni) and Acktorek instead became a company.
What kind of company? Well, to get to that, let's have a (made up) history lesson.
Note: Most of this isn't actually in the book, just in my worldbuilding notes, so it's bonus info. 😊
Caelan Macaulay, a scientist from the world of Ebraria, invented world traveling devices. Through these devices, he gained contact with scientists from Aglion (the homeworld of Acktorek main guy Mitchell Banks), and the technology made huge leaps. Within about 16 years, the devices became available to those who could afford it, which quickly caused immigration issues, along with space/time continuum issues. The Ebrarian government placed restrictions on world travel, but damage had already been done.
Affected worlds got together and formed the Council of Worlds to determine how to handle this growing problem. It resulted in the foundation of Acktorek, and the permanence of the Council of Worlds. Both institutions are somewhat independent of each other, but yet work closely together. A little more on that when I get to how I actually came up with Acktorek.
Initially, Acktorek focused on repairing damage directly caused by world travel. Within a few decades, they began getting requests for assistance on issues not directly related to world travel, which prompted a major expansion of Acktorek's services. This expansion caused a huge influx of immigrants into Ebraria turning it into a city world that's a melting pot of species and cultures.
Acktorek has a four-year training program (which is their primary program) that typically takes students of high school age. They also have an accelerated program that takes only one year but is harder to get into. Also, they have more specialized training, and everyone is required to do some form of continuing education.
Okay, history lesson over. 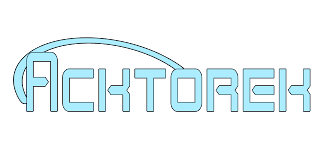 So what does Acktorek do? Well, think of it this way: put the Jedi Order and Team Flash into a blender with a heaping spoonful of Doctor Who and a dash of the Wood Between the Worlds, mix it up really well, and you've got Acktorek.
First off, this isn't a parallel world story. TBH, parallel worlds only make sense if you don't think about it too hard. Like, usually so many things are so different, yet the same people got married at the same times and had babies at the same time for enough generations for you to have a doppelgänger? So while I do enjoy stories with alternate realities/parallel universes, I prefer the more traditional fantasy concept of other worlds...even when said worlds have technological advancements and world travel is done by technology rather than by magic.
The portal technology is somewhat similar to the technology Team Flash uses to go to parallel universes, etc. though I actually came up with mine before I started watching The Flash. And as for the sorts of situations they help with, it's also similar both to the sorts of situations dealt with on The Flash and on Doctor Who. Weird science incidents, invasions of alien-like creatures, supervillains, honestly, the imagination's the limit.
But the primary inspiration for Acktorek actually comes from the Jedi Order. I'm most familiar with the workings of the Order from Jude Watson's books, and I started there and discarded the things I didn't want (like the no attachments rule, and taking small children to train). There's also nothing like the Force, but there are species with abilities such as telekinesis and telepathy, as well as there being empaths, though I don't delve deeply into all of that in book one. (Yeah, I know it's minus so many iconic things about the Jedi, but it was still my jumping-off point, and it's not like I could copy it.) But the main way that they're like the Jedi is that their whole purpose is to serve and help others. People ask for their help, and they send agents out to do it.
How do they work with the Council of Worlds? Well, I haven't gotten too deep into it, but it's similar to the Order. Actually, it's somewhere in between the old Jedi Order and Luke's Jedi Order (Legends). Basically, not as much a slave to the government as the old Order, but not quite as independent as Luke's Order. (Though he did move them off of Coruscant because the GA oversight was getting overbearing, assigning them government observers and keeping them from helping where people really needed help. But I digress.) Acktorek does have to keep accountable to the Council of Worlds, but they don't have to run operations through them. (That would get ridiculous really fast. But I haven't exactly worked out how they get their funding either.)
When it comes down to it, I think of Acktorek agents as something like Jedi without the Force (and unfortunately without lightsabers) who travel to other worlds to help instead of to other planets. And with more specialized divisions. (Not that there aren't any divisions within the Jedi Order, but they're not emphasized much in the media I've seen.)
So that's a snapshot of Acktorek, and a (probably very vague) idea of what you can expect from the series. But hey, go ahead and check out these worldbuilding boards. 😊
Ebraria
Aglion
Posted by Morgan Huneke at 6:00 AM