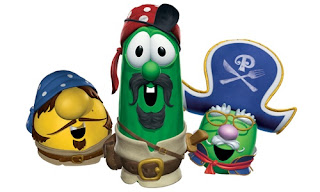 Well, I've never licked a spark plug or sniffed a stinkbug, or painted daisies on a big red rubber ball, and I've also never been to Boston in the fall. More importantly, I never hoist the mainstay and I never swab the poop deck and I never veer to starboard 'cause I never sail at all. Which is a bit of a problem when you're writing a pirate book.
Which is as much to say, I got to chapter three of my pirate book and realized just how rusty I am on ships and sailing terms and general piratey things. So I took about a week or so off from writing to read as many ship and pirate books as I could find in my library system's juvenile nonfiction section. Those usually have more pictures (not that I found a great cross section of a sloop, but I have a little more direction) and tend to be more concise. I'm not writing a historical fiction, so I was mostly looking for inspiration and little things to jog my memory.

Because what's great about fantasy is that I can pick and choose what I want from real history, and make up the rest. I'm not stuck to reality, I can do whatever I want.

I did learn some interesting things in my research though. So I thought I'd share.
My pirate book is proooooobably going to be more along the lines of PotC than realistic piracy, but that's fine because it's fantasy. And who doesn't like PotC? I even just watched 4 and 5, even though they're really not that good. Because let's face it, we all know "they get more watered down after each one" but if they actually go through with making a sixth one, we'll all still watch it. Because

Posted by Morgan Huneke at 6:30 AM