Seven days, people! I'm so excited, a little stressed, and a big part of me still doesn't believe it's really happening. Seven days and Crannig Castle will be here! I'm almost completely ready.

To keep in the mood for Crannig Castle, I'm going to share with you my top seven Time Captives characters. Note: These are not necessarily the characters with the biggest impact on the story. They're just the characters who did the best job of worming their way into my heart.

7. Jill Hubbard
Jill was supposed to be my POV character for Time Captives. I wanted her to be the POV character. She's important to me. She also got my girly side. So, yes, she's on my list. I couldn't leave her out.

6. Kyle Roland
Totally not cheating here. Espionage says Time Captives on the front and he plays a minor role in Crannig Castle. So. Have I mentioned I kind of have a thing for really great guy characters who have evil fathers? Luke Skywalker, Felix Walker, well, Teddy Kent just had a crazy mom, but same principle. Kyle's great, a perfect gentleman, but still a 3D character, and I love him.

5. Joey Hubbard
I hadn't really counted on him being that important to me. He was just the little brother character. But I ended by loving him. He's a fun kid and added a big personality to the story. Plus, he was an interesting challenge because he's not much of a reader. HOWEVER, he does like a lot of my favorite movies, and that was awesome.

4. Rae
Rae's so sweet and cute, how could I NOT love her? She endeared herself to me almost as quickly as her older brother did. She balances Adriel out perfectly, and have I mentioned she's super cute? 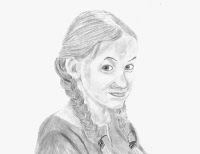 3. Vannie Cumberland
Not cheating. See Kyle. I think Vannie is kind of what I would be if I was an ENFP. She sprang to life with no effort on my part and told her story with so much flair and personality, she endeared herself to me immediately. She's just so much fun.

2. Eleanor Hubbard
Naturally I have to talk about Eleanor. I honestly had no idea she would become so important to me. She was just one of the random Time Captives whose backstory I decided to tell, and then she met Grant and it was like BAM. This girl and her story are so close to my heart.

1. Adriel
You had to have seen this one coming. I've talked about Adriel enough that I'm sure you're quite aware he's my favorite. He saved Time Captives. He was one of the easiest characters to write. His transformation over the course of the series was amazing to watch. And he's just so...special to me. I put him through so much, though. He deserves a truckload of chocolate and a week at Disney.

Who are your favorite Time Captives characters? Are you excited for the release of Crannig Castle next week?
Posted by Morgan Huneke at 6:00 AM