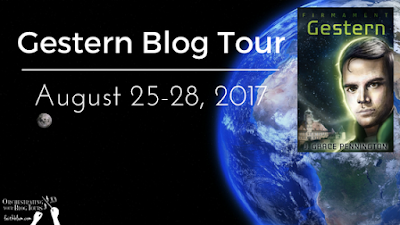 I have another totally amazing, I-love-it-so-much book to share with you today! Its the fifth book in my favorite sci-fi book series, Firmament. This series is seriously amazing. If you haven't read it, you're really missing out. I'll be reviewing the book in a minute, but first, here's a little bit about the book and it's author, J. Grace Pennington.

You never escape your past.

Andi Lloyd is more comfortable than most with interstellar travel, but she's not prepared for the perils and peculiarities of a world she has all but forgotten—the planet Earth. As the Surveyor undergoes repairs, her brother August receives a message with news that will send both of them across the world to a place he never wanted to visit again.

But despite the dangers they must press on into the unknown to find a way to save Andi's life, to decide the fate of Earth itself—and to rescue a lonely girl who just happens to be their little sister.

J. Grace Pennington has been telling stories since she could talk and writing them down since age five. Now she lives in the great state of Texas, where she writes as much as adult life permits. When she's not writing she enjoys reading good books, having adventures with her husband, and looking up at the stars.


This. Book. Where do I even start? Grace's books are always amazing. There hasn't been a single one that hasn't wowed me. My personal favorites, though, are the ones belonging to the Firmament series.

The first two Firmament books were my favorites. They are just very special to me. But Gestern. Just wow. It completely and totally pulled me out of my Blades of Acktar hangover and gave me a Firmament one. There was staying up late to read, reading during lunch, reading during my 15 minute break at work...And then it ended! Hurry up with the next one, Grace!

Gestern has a very different feel from the previous four books, primarily because it takes place almost entirely on Earth. Not only that, but it also focuses on Andi and August and their family history, something we haven't seen much of in awhile. The sci-fi aspect of this book then, is more along the lines of evil scientist experimenting on people--a concept certain of my family and friends will probably tell you I'm a little too fond of. I loved seeing the sibling relationship between Andi and August grow, and I also loved the bonding between them and their little sister Ursula (though I kinda wish she had a different name...sea witch and all that). I loved Ursula. She was so sweet and adorable, and she kept making me think of a little girl of the same age that I know.

Grace's plot twists are fabulous as always. It took me quite some time to figure out who they could trust and who was actually a bad guy. It's so twisty turny. And that cliffhanger ending! Grace can't get book six published soon enough. I'm so going to have to buy the rest of the paperbacks (kindle just isn't good enough) and give the series a reread. I love them so much.

So what are you doing still here? Go buy the Firmament series and drop everything on your schedule because you won't be able to stop reading! Grace hasn't been nicknamed the sleep stealer for nothing. ;) 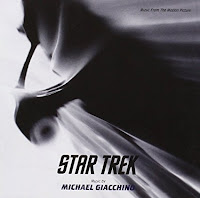 J. Grace Pennington is offering three great giveaways! One is the CD she listened to while she wrote Gestern. The other two are a signed paperback of the winner’s choice. You can enter here:

August 29
Bookish Orchestrations-Giveaway Winner
Posted by Morgan Huneke at 6:00 AM