Books, books, books! I'm a reader and a writer and I love books of many kinds. So I thought I'd tell you about some of the books I've been reading lately, and what I'm planning to read. 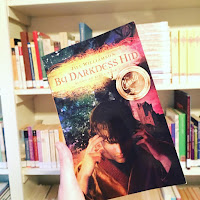 By Darkness Hid by Jill Williamson

It's not exactly recent anymore, but I'm highlighting it because we're still reading the series. Such a good story. I wasn't sure where it was going for awhile, but then the ending blew my mind. And I'm totally hooked on Blood of Kings now. Achan is a stray, who gets trained as a squire by Sir Gavin, though strays are despised in Er'Rets. When he has to squire for Prince Gidon, things start going crazy. And then there's Vrell Sparrow, in hiding as a stray boy to avoid marriage to Gidon. Whose bloodvoicing abilities (basically telepathy that only those with royal blood can do) are being used by some of the bad guys. It's been a great family read aloud, and I love Vrell and Achan so much, even though sometimes I want to smack them and tell them to stop being idiots. XD 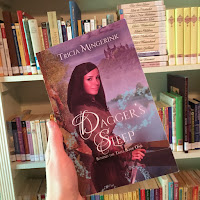 Oh, how I regret banning myself from buying more books until I have Christmas money. I want Midnight's Curse so bad now. I just finished Dagger's Sleep last week, and it was so good! Such a journey. It's a gender swapped Sleeping Beauty set in a world that's basically Native Americans with castles. It's pretty cool worldbuilding. The story flashes back and forth between Alex, the prince, and Rosanna, the cursebreaker. Alex is determined to avoid his curse, but his arrogant attitude isn't really doing him any favors. And Rosanna is on a journey to wake him up after one hundred years, but there's just something about her guide Daemyn that is, how shall we say, odd and mysterious. I actually ended up really liking Daemyn, poor guy. He's been through a lot. Such a good book. 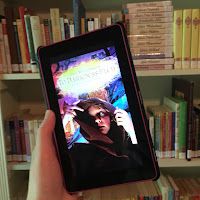 To Darkness Fled by Jill Williamson

We've gotten through this one much faster than the previous book (partially because we caught up on The Flash), and we just finished it last night. Achan and Vrell have been through a lot in this book, and Achan realizes just how little he knows about being the crown prince and future leader of Er'Rets. And then there's the ongoing discussion of who Achan should marry, because he must marry for political reasons, but things just aren't going smoothly in that department. No thanks to Vrell. Achan and Vrell still have a lot of growing up to do. And I can't recommend this series enough. 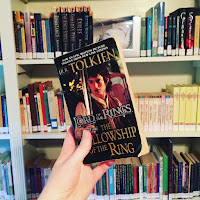 The Lord of the Rings by J.R.R. Tolkien

It's a reread, and it is going kinda slow because shiny new books and mostly #adulting, but I'm halfway through Fellowship right now. There's so much of the beginning that was left out of the movie. And I love this story so much. I like Frodo pretty well, but Sam will always be my favorite. He's the best. I like how in the book, Merry and Pippin actually knew exactly what they were getting into by going with Frodo, and actually they and Fatty Bolger, with Sam's help, figured out what Frodo was doing on their own and determined to do whatever they could to help. Pippin's still a "fool of a Took," yes, but they're not as bumbling as they sometimes seem in the movies. 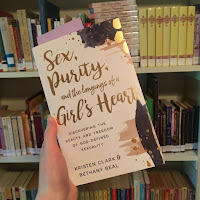 Sex, Purity, and the Longings of a Girl's Heart by Kristen Clark and Bethany Beal

I got this with birthday money, read a good portion of it, and then got busy prepping for Realm Makers and forgot I hadn't finished it. But I'm getting back into it now. It's not for the kids, obviously, but it's a very good discussion of God's design for sexuality, how it's a wonderful thing when we follow His plan, but destructive when we don't. It's a lot of the same kinds of things my pastor preached on last year in his series on marriage, but geared towards girls. And I love how Kristen and Bethany are passionate about living a Christ-focused, pure life without being legalistic about it. Like all their books, blogs, videos, etc., it's like big sisters giving little sisters advice on how to avoid their mistakes and live for Christ. 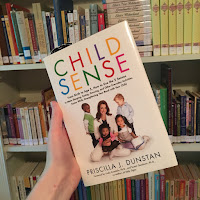 This was a random came-through-the-circ-desk-at-the-library find. It's all about dominant sense modes (i.e. visual, auditory, tactile, and taste/smell). At first, I was like, "I don't have an excuse to read it because it's geared towards parents of young children and I'm not one," but then I decided that since I'm a teacher, a writer, and I'm just generally interested in psychology/learning styles/how people's brains work and process information, I don't need an excuse. I mean, that's really what this book is all about. How people take in the world around them and process it. It's fascinating stuff. 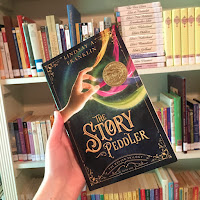 The Story Peddler by Lindsay A. Franklin

When it won three different awards at Realm Makers and I found out it was about someone who weaves stories into sculptures, I had to have it. I've only just started, so I'm not far enough along to know what I think of it, but the concept is fascinating, I can already tell she did well in her worldbuilding, and the cover is just GORGEOUS. I love it so much and I can't stop looking at it. I'm super excited about it, and I'll probably regret not buying book 2. 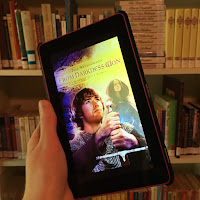 From Darkness Won by Jill Williamson


It's the last book of the series! Once we finish, there will be no more Achan and Vrell. :( So I both want to read it as fast as possible, and savor it slowly. Things are going to be complicated between Achan and Vrell because Vrell needs the Genie from Aladdin to yell in her face, Esek needs to go DOWN, and I just love these books so much. I really want signed copies of the rest of the trilogy too. And basically of every book Jill's ever written. So many books! 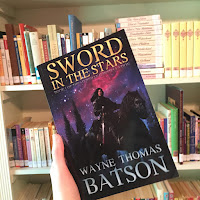 The Sword in the Stars by Wayne Thomas Batson

This one I bought at Realm Makers, wanting to own more Wayne Thomas Batson books and wanting another one to get signed. I just realized I don't know much about this series except that it's fantasy and several people I know, including my sister, like it. Though my sister's only read the previous version. Regardless, I'm super excited to read it, and I know I'm probably going to be mad I only have the first book and not the rest of the series. Christmas can't get here fast enough! I don't know if I have the self control to keep up this book buying ban. 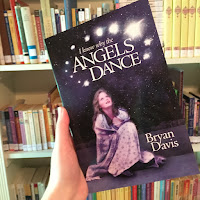 I Know Why the Angels Dance by Bryan Davis

This is the one Bryan Davis gave me, and so it's special, and I'm super excited to read it. I don't know much about the plot except that it has to do with death and someone on FB who saw it in my book stack said something about a try-not-to-cry challenge. So it's probably going to be super sad. But hopefully a sweet kind of sad. And I don't have enough reading time to get to it quickly, but I hope it won't take too long. Because I really want to read it.

So that's what's going on in my reading life right now. What have you been reading?
Posted by Morgan Huneke at 6:00 AM