I have a cover reveal for Jill Williamson's upcoming book today! As you know, I'm a huge fan of Replication and the Blood of Kings trilogy, and of Jill herself. Jill's so awesome! So I'm super excited to share her new cover with you. The book is called Thirst and it's a prequel to The Safe Lands trilogy, which I haven't read yet, but really want to read. (Naturally, I must read all her books.)

Before I give you the amazing cover, here's a little bit about the book:

The end of the world is only the beginning. A waterborne disease has contaminated the world’s fresh water, decimating the human race. Seventeen-year-old Eli McShane and his friends flee the chaos and violence in Phoenix and journey north toward the rumored location of a safe water source. They add several to their number, including the mysterious Hannah, who is being hunted by a dangerous man. Desperation brings out the worst in many of the travelers, infecting even those closest to Eli. When division comes, will he be able to hold his group together or will each fall victim to their own thirst for survival?

Join some old friends from Glenrock and Jack's Peak in this thrilling first book of the Thirst Duology. Best-selling author Jill Williamson has brought back the breathtaking suspense of the The Safe Lands series in this chilling prequel that will leave readers panting for the next installment.

Doesn't it sound awesome? I can't wait to read it! It'll be here in November!

So here's the beauty in several angles. 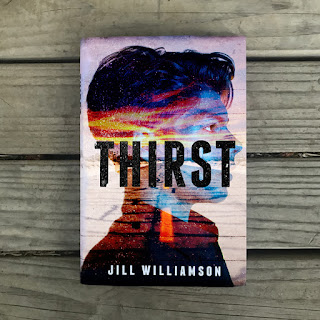 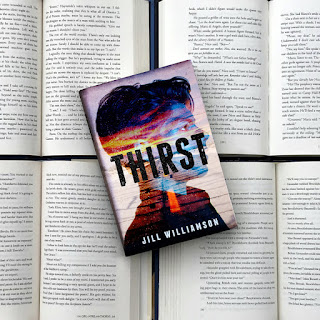 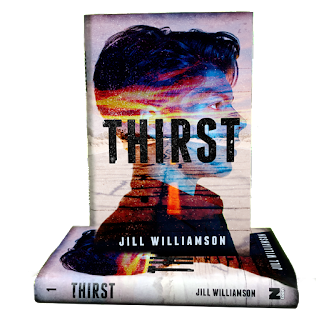 Isn't it amazing? I just really need to hold it in my hands right now. November won't get here fast enough!
Posted by Morgan Huneke at 6:00 AM