My Summer In Review

Summer is officially over. And since I'm having a hard time thinking up blog posts at the moment, my mom suggested I talk about my summer. What a summer it was. Super busy, super crazy, both online shareable and un-online shareable.

First off, right before summer officially started, but when it already had felt like summer for weeks down here in the great state of Georgia, I moved an hour away from the house where I spent most of my growing up years. Out of the Shire and into the woods, to a house that, from the front, kind of looks like it must be bigger on the inside. (Well, the Whovian in me must say that, the basement's half underground, so you can't see much of it from the front.) And then I released my third book and launched my first blog tour.

Then also the week before summer officially began, I worked at the Classical Conversations Parent Practicum Play Camp again. I just love sitting on the floor in the corner of the room with a bunch of preschoolers crowding around listening to me read myself hoarse. Honestly, I really, seriously do. So yes, I preferred the group of kids who liked books to the group that was so loud you couldn't hear anything. But I loved it, and the teen helpers were really helpful this year. I want to do it every year.

I joined the worship team at church, which I love, in spite of the days when I'm one of two instruments.

And I helped my dad build a basement. Honestly, that was most of my summer. Going from this 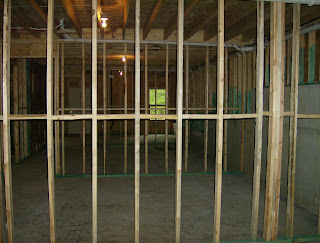 We put up walls, hung drywall, put up doors (NEVER AGAIN), added trim, did a lot of painting... We hired people to finish the drywall and do the electricity and plumbing, and the carpet was installed by the people we bought it from, but we did everything else ourselves. It. Was. Hard. But it's very worth it.

We celebrated Independence Day with some friends and drove home in a downpour half way through the fireworks. Still had a lot of fun, though.

I snapped a violin string playing the third movement of "Summer" from "The Four Seasons." Thanks, Vivaldi. ;)

My sister had her first cello recital, playing "In Dreams" only a few months into starting the instrument.

I won my first NaNo, finishing the first draft of my well beloved (by me) outer space dystopian. And wrote a blog series about fixing America. And did Google Hangout video chats with some very awesome online friends.

We watched Lord of the Rings Extended Edition for the first time! And I realized anew just how good and inspiring LOTR is, and how much I love Samwise Gamgee.

I got a new library card!

Half-Blood came out and I got a copy! 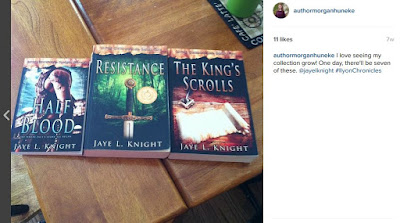 We went to the apple orchard store, which is a lot closer than it used to be, and had our traditional fried apple pies. Just gotta say, the antique stores around there are not antique stores. They're yard sale stores.


We had a nerd party and invited some campaign friends over to have a fantastic time watching the first Republican presidential debate, then our honorary sister spent the night for the first time so we could hang out, introduce her to The Princess Bride, play games, and create an impromptu, ridiculous, extremely fun Doctor Who episode called "Planet of the Hats."

There were TWO articles about Creighton Hill published in local newspapers.

I worked on very thorough edits I got from Kendra E. Ardnek on The Crossways, and did a little work on a Sleeping Beauty retelling that I love, and still mean to finish in time for the Rooglewood Press contest this December.

We celebrated my sister's birthday, I found The Book Thief at a library book sale, got feedback on the rest of Time Captives and Espionage, and had my first migraine in almost a year all in one week.

I started my second semester of orchestra. Methinks it's going a bit better than the last, since most of the time the percussionists have actually shown up.

Our friend came for another sleepover, and we played lots of games, goofed off, and introduced her to BBC Merlin and Lord of the Rings. Extended Edition, of course.

A friend came with my family to Celebrate Freedom, where we got to see Big Daddy Weave, Michael W. Smith, and Casting Crowns. And talk about Broadway musicals and period dramas. Because that's just the kind of people we are.

We watched Up in the park in our new little town, when it felt like September, instead of like we were hanging onto August.

I spent a lot of time sewing and listening to Little Dorrit (have I mentioned I love Dickens?) because I was getting ready for a festival in my old town where my sister and I were selling doll and children's clothes, books, stuffed animals, and little Sculpey figurines. It was a good first festival, and we got to see people we hadn't seen in a long time. Plus, I got to watch my old dance studio perform, and realize anew that all the girls I danced with are graduated and the little girls are now the big girls. And you can find the not yet sold merchandise in the Klay Kottage and Shire Stitches Etsy shops. 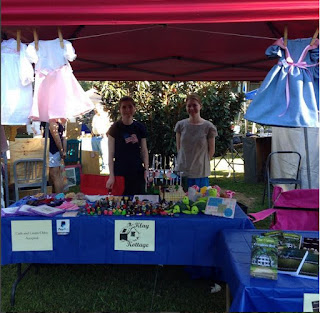 Then on the last official day of summer, also known as Hobbit Day, I released the cover of The Crossways! I love this book. 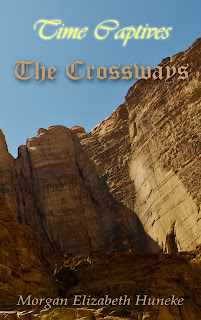 And got the proof Saturday. 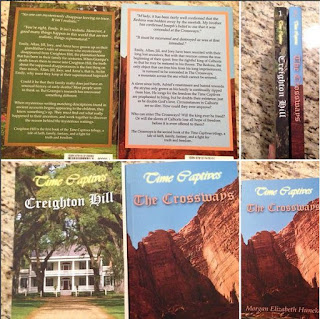 I even managed to read an interesting assortment of books, though after several kids' books, I found myself in desperate need of a good adventure. 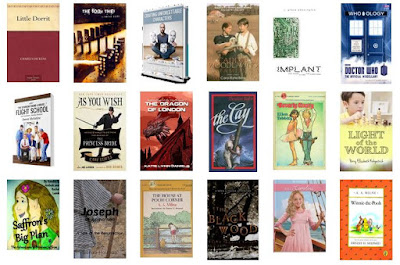 And now it's Autumn, and we had a Beyond the Mask movie night which was awesome, where our living room was packed full of people, and I'm working on getting The Crossways ready for release (I'll still take blog tour sign ups through Wednesday), not feeling ready for my recital on Saturday, even though I can generally play my part of Bach's "Concerto for Two Violins in D Minor" just fine, well, with Bernadel rosin, anyway, working on something very special for the Espionage cover, I'm going to go camping, publish The Crossways, finish my Sleeping Beauty, read some more good books, and wonder where all that time went when it's all the sudden New Years'. So that was my summer, though I probably forgot some things I could have mentioned. How was yours?
Posted by Morgan Huneke at 6:00 AM