It's Hobbit Day! It's Bilbo and Frodo's birthday today, and time to talk about the awesomeness of Lord of the Rings....

Actually, yes, it is Hobbit Day, but that's not the purpose of this post. I accidentally scheduled my cover reveal on Hobbit Day, so I get to give you something in honor of "our birthday" like hobbit birthday traditions. So...

Today's the day! I can finally share the cover of The Crossways! My favorite Time Captives book gets to show its face to the internet. But first I want to share a little something about Creighton Hill. 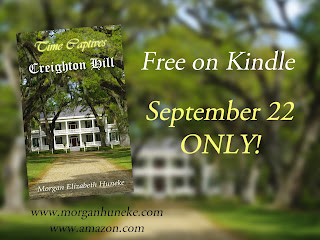 Today only, Creighton Hill is free on Kindle! So if you haven't begun your journey with the Time Captives yet, this is a prime opportunity, just in time to be ready for book 2.


Now for The Crossways.

“M’lady, it has been fairly well confirmed that the Redona was hidden away by the merfolk at the conclusion of the Great War instead of destroyed as was commanded. My brother has confirmed to me Joseph’s belief that it was concealed at the Crossways.”
Toarna pressed her fingertips together in thought. “It must be recovered and destroyed as was at first intended.”

Emily, Allan, Jill, and Joey have been reunited with their long lost ancestors. But with that reunion comes the true beginning of their quest: free the rightful king of Calhortz so that he may be restored to his throne. The Redona, the only object that can free him from his long imprisonment, is rumored to be concealed in The Crossways, a mountain across the sea which cannot be entered.

A slave since birth, Adriel’s resentment and hatred towards the strytes only grows as his family is continually ripped from him. He longs for the freedom the Time Captives are prophesied to bring, but he doubts their existence, just as he doubts God’s love. Circumstances in Calhortz are so dire. How could they ever improve?

Who can enter The Crossways? Will the king ever be freed? Or will the slaves of Calhortz lose all hope of freedom before it is even offered to them?

The Crossways is the second book of the Time Captives trilogy, a tale of faith, family, fantasy, and a fight for truth and freedom. 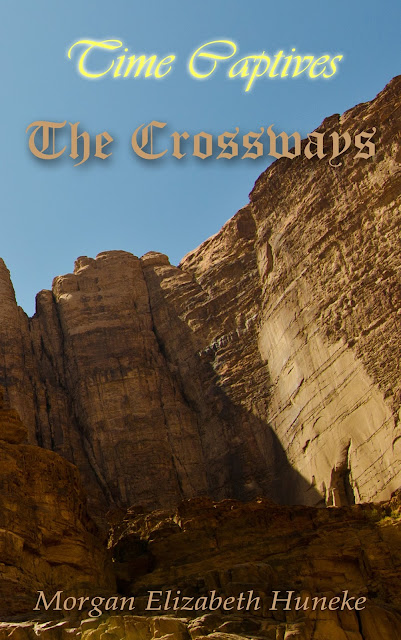 Time Captives: The Crossways will be released on October 19th, 2015. Stay tuned here and on Facebook, Twitter, and Google Plus for updates!

A bunch of very awesome friends are helping share my cover today! Make sure to visit their blogs and read the interviews some of them did as well!

Bring Your Own Books/Interview
Flights From the Aerie
Girls Living For God's Glory
In the Character's Shadow
Jaye L. Knight
Knitted By God's Plan
One Girl's World
An Orange Dragonfly
Reflections of the Heart
Scattered Journal Pages
A Writer's Heart
WritingAnyone/Interview
Writings, Ramblings, and Reflections


What do you think of the new cover? Are you excited for The Crossways?
Posted by Morgan Huneke at 6:00 AM