I'm not yet done telling you about Water Princess, Fire Prince. It's just too good to stop. :) This is an awesome book. You can read my full review here. Today, I have an interview with the villain of the story, Amber. But first, the cover and description. 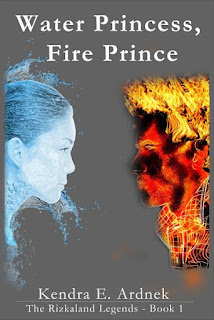 When the Lady Dragon does come,
Hold fast, do not fear, do not run.
Your Water Princess will fight,
Fire Prince will set all to right.
Each shall come from a Fall,
Their union will save you all.

Despite the fact that she's on track for competing in the Olympics, and he's practically raised his younger brothers since they lost their mom in a car accident, Clara Mandras and Andrew Stevenson are pretty much normal teens. They have normal hopes, normal dreams, and they live in a normal world.

All this is torn away from them when they are thrust into another world and declared Water Princess and Fire Prince. With no experience ruling a country, meeting each other for the first time, and being expected to fight the Lady Dragon – an evil sorceress plaguing the world of Rizkaland – Clara and Andrew are underprepared and inexperienced. Unless they learn to work together despite their standing opposition, Rizkaland's hope will be lost.

What is to come will change their lives forever.


And now my interview with Amber.

Hello, Amber. Welcome to my blog. What are three things someone just meeting you should know about you?


Hello, thank you for having me over to your quaint little blog. What would I have people know of me? Well, for one, I am a powerful queen, and as such I demand respect. Secondly, and not so young as I appear, and I have seen the passing of over five thousand years, I have seen the rise of two worlds, and I’ve seen two worlds die. And third, my time shall come.

How did you get the ability to turn into a dragon?
Lintooalintae was a land of dragons. True, humans came at length, for they will colonize any world, but when Granite and I first came, there were only dragons, and it was they that we were given rule over. However, they rebelled against us. We fought against them, at times allying ourselves with the various peoples who had set up kingdoms in our world. At length, we succeeded, and put all of the dragons to death.

As part of my victory, I took a scale from the dragon that had fancied himself their leader, and twisted its magic for my own work. They had used their scales for evil, I use it for the better good.

Do you actually hate the Water Princess and the Fire Prince, or are they just standing in the way of a general goal of world domination?
I find them mildly annoying, yes, but I don’t hate them. My fifteen years in Klarand were at their end, and I needed to retreat so that I can prepare for my conquest of Rizkaland in a thousand years. They weren’t standing in my way – I used them to cover my retreat. I’m a brilliant strategist.

Do you think it hurts Laura to see you acting like a villain? Do you care?
Laura is a complicated person that even I can’t hope to understand. The strangest things make her sad. I know she understands my plans, but she doesn’t seem to appreciate my methods. It’s for the greater good.

Tell me honestly, what do you think of your husband Granite?
He has some of the strangest habits, and can be annoying laid-back, and I wish that he’d work with me instead of against, but I honestly don’t know what I’d do if I didn’t have him. He’s been part of my life for so long, to lose him would be like losing part of myself.

Do you love him?
Of course I do. He’s my husband. We’ve stood beside each other for five thousand years.

Are you scared by the prophecy concerning the Tela Du?
No. Either of us can win, I have every intention of being that one.

Do you like the way you’re portrayed in your book?
I came to Klarand both times to strike fear in the hearts of the people, so that they would fear me, and grow overconfident when I retreated. When I come to Rizkaland for my fifty years, they won’t stand a chance.

With that thought, she turned to the Fire Prince with the exclamation, “Movie magic, I love it.”
He turned towards her with a confused expression on his face. “Movie magic?”
She pointed towards the chasm. “Don’t you just love movie magic?”
He got the joke this time and chuckled. “Water Princess, this isn’t a movie,” he pointed out. He sighed. “It’s real life. Our life.”
“Oh.” She let the silence sit for several seconds before she added. “I just keep getting mixed up.” She sighed. “But now that you mention it, you’re right. I just don’t think this is a movie. Probably just a book.”
“A book?”
“And, knowing our luck, not even one of the good ones. Probably some self-published work.” She shook her head. “I’d hate to know what the cover art looks like. Probably some photoshop fail.”
He laughed. “That would be just our luck.” 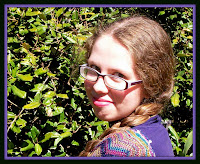 Kendra E. Ardnek loves fairy tales and twisting them in new and exciting ways. She's been practicing her skills on her dozen plus cousins and siblings for years, "Finish your story, Kendra", is frequently heard at family gatherings. Her sole life goal has always been to grow up and be an author of fantasy and children's tales that also glorify God and his Word. You can read more about her on her blog,knittedbygodsplan.blogspot.com.

Find the rest of the blog tour here!