The cover reveal for Acktorek Book 1: The Void will be in 2 weeks! Mark your calendar for September 14! If you want to help share the cover on your blog and/or social media, fill out this form:
Now, onto the main post. I saw this on Pinterest a couple weeks ago and it struck me as interesting. 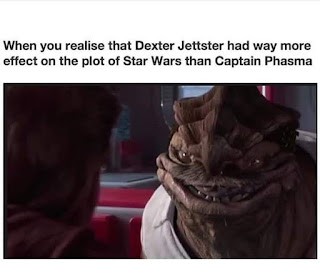 Dexter Jettster was the person who identified the toxic dart for Obi-Wan after he ran into a dead end with the Temple droids. This set off a chain reaction that sent Obi-Wan to Kamino where he discovered the clone army, met Jango, followed him to Geonosis, discovered the beginnings of the Separatist plot, sent a message to Anakin, got captured, and then Anakin, Padmé, and a bit later, the Jedi and the clones showed up and the first battle of the Clone Wars happened. Dex is an important link in the chain of events that led to the Clone Wars. Without him, the clone army wouldn't even have been discovered, and then who knows what would have happened.
Phasma, on the other hand...well, she taunts Finn a couple times, and deactivates the shields on Starkiller Base at blasterpoint. Take out Phasma, and not much really changes, except we lose the trash compactor joke and Han and Finn have to take down the shields the old fashioned way with an astromech or some detonators.
Contrasting the two characters and their effect on the plot was interesting to me, especially given that in one scene, Dex had a much larger effect on the plot than Phasma did throughout several scenes. And it made me think: every character should be there for a reason.

Quick side note...my problem with Phasma is more with the marketing than with the character itself. The marketing made her seem like she was going to be a big deal character with an important role, and she turned out to be a minor character whose role was essentially to be Finn's superior when he was a stormtrooper. It is a role with a purpose, but it's not a role the marketing, and the fact that she was constantly at cast interviews, made me expect.
Every character should have an important role to play in the plot. They should have an actual reason to be there. Otherwise, they're just clutter.
Don't add characters just because they're cool, or because you "need" more female characters (or to fulfill any other PC "requirement"), or because you just want your character to have a big family (this one is a weakness of mine). Readers and viewers don't need a huge cast of characters that don't actually need to be there to keep track of.
For instance, in my original concept of Creighton Hill, the Hubbards had twelve kids and Joey was the only boy (Allan didn't exist at the time). But that was just too much. And all those extra older sisters had no effect on anything. So they vanished. Not saying all the Time Captives themselves had an important role...I tried, but there are a couple who are mostly just there to fulfill the pattern, which is not a good reason to add a character. 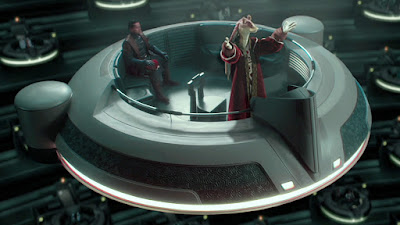 Say what you want about Jar Jar Binks, but if you think about it, he actually does have an important role to play in The Phantom Menace. Without Jar Jar, there's no alliance with the Gungans, and no army to keep the droids occupied long enough for the Naboo to retake Theed Palace and for Anakin to destroy the droid control ship. (And there's also no character gullible enough to give Palpatine emergency powers whose also in that circle, but anywho...) Jar Jar wasn't just randomly thrown in there. He was there for a reason. Not his fault the majority of people think he's annoying. (I personally like Jar Jar, though I'm not sure I needed to know that he had a girlfriend. Not as bad as Sy Snootles and Zirro the Hutt, though. 😛)
Sometimes a character's role is important because they are impacting the main character. Whether that's influencing them to be a kinder, more considerate person (Mater and Lightning McQueen), or planting seeds of the dark side (Palpatine and Anakin), they're playing an important role in the main character's journey. And sometimes they're actually the one orchestrating the plot of the entire saga behind the scenes. Literally the "grand plan" as it was called in Darth Plagueis by James Luceno.
Also, when you need a role fulfilled, before you create a brand new character, you should consider whether you have a character already who can fill that role. Like in Time Captives when I realized Anna was making things, well, not very interesting, I swapped her out on the adventure with the already existing Emily. I didn't create Emily to add conflict on the journey. In fact, the concept of an annoying fourteen-year-old sister is one of the few things that has been there since the beginning. I had a role I needed filled, and I had a character ready made. I just had to plug her in. (Now, I probably could have cut Anna altogether without losing anything other than the ice cream joke, but I didn't, so oh well.) 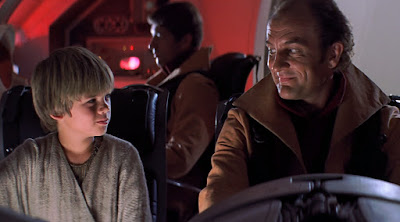 Now about minor characters and extras. Minor characters are going to be your tiny role characters that pop in to do a little thing for our main cast and then pop back out. But it's a role that someone has to do. Like Ric Olié in The Phantom Menace. Padmé had to have a pilot. His name was Ric Olié. He flew her ship and Anakin hung out with him on the way to Coruscant, and that was about it, but without Ric Olié, they wouldn't have had a pilot. Or Taun We in Attack of the Clones. Her part is small, but she's one of the Kaminoan cloners, which if you know anything about the Prequel Trilogy and the Clone Wars, you know that's a pretty darn important role. Very small, but important. And she made me so mad in The Clone Wars series when she was helping cover up Order 66 when Fives found out and then Fives ended up dying and 😭😭😭. Point is, though, these characters were there for a reason.
You're probably not going to have extras as much in a book as in a movie or TV show, since those are just the people in the background, and it's a little harder to just have people hanging out in the background unnoticed in a book. Since, you know, you actually have to mention them for them to exist in the mind of the reader. But say there's a crowd. Those people in the crowd are just there to flesh out the background. Don't really add to the plot. They're just there to make it look realistic. Like most of the clones. Or a lot of the Jedi at the First Battle of Geonosis.

The thing in Star Wars, though, is that they liked to give all the extras/people with teeny tiny parts names and then people would use those extras in other media and they wouldn't actually be extras anymore. Like Luminara Unduli, Barriss Offee 😬, "Dad" Plo Koon, Yaddle, Adi Gallia, Aurra Sing, Commander Cody, Wedge Antilles...I could go on. (Though Luminara and Barriss actually were major characters in The Approaching Storm by Alan Dean Foster which came out as a prequel to Attack of the Clones.)
A few last points before I go. Don't introduce a bunch of new characters in the last installment of a series unless they're absolutely essential. There's already so much going on, and you won't have time to delve into all these new characters' stories and still do justice to what you've already got going. *cough* The Rise of Skywalker *cough* Something's going to give. You don't need extra loose ends to tie up that you didn't actually have to introduce at all. And finally, please, for the love of all expectations, don't act like your minor characters are major characters. Minor characters absolutely have a place, but don't hype them up to be something they're not. 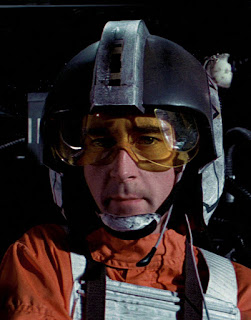 And if your minor characters somehow generate a fan base (Wedge Antilles, Admiral Piett), well, it happens. I mean, I was super excited by Wedge's cameo in The Rise of Skywalker, and he did have a pretty significant role in Legends. 😁
Posted by Morgan Huneke at 6:00 AM