I always thought I didn't have a "type." Because, I mean, Teddy Kent looks nothing like Peeta Mellark, and Sam Gamgee and Luke Skywalker could not be more different. (Though Luke is short, just not hobbit short...)
But I was thinking about my favorite fictional guys (and girls too, but I'll get to that in a bit) and I noticed a pattern of...guys who take forever to talk to/get the girl, or don't get the girl at all looking at you, Obi-Wan Kenobi. And I was like, "what?" I mean, I've liked Teddy Kent (Emily of New Moon series) since I was 15, and man is that an extreme example of takes forever to get the girl, but that there are others like Teddy? Whhhyyyyyy?????? This from the girl who hates relationship drama with a vengeance. 😜 But I stick by my faves. 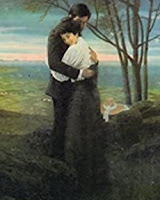 The king of it all is Teddy, and why do I like him? I dunno. He's an artistic, quiet, dreamy sort of person, and despite knowing Emily since they were kids, it takes them until ten years after high school to actually get together (yes, I went through Emily's Quest once counting the years). Part of it's not totally his fault *River Song voice* "Spoilers," but if he hadn't let his shyness keep him from telling her how he felt about her in person when they finished high school like he tried to do and then didn't, it wouldn't be a problem. Or any of the myriad opportunities throughout the years where they instead perpetuated their misery. Just FYI, Emily's Quest is kinda depressing. But yet I like it. Happy for deep people?

Peeta Mellark. Notices Katniss when his father points her out on the first day of school when they're five years old. Likes her pretty much from the start. Saves her life by giving her bread when they're eleven. Doesn't talk to her until they're reaped in the Hunger Games at age 16. Then doesn't tell her to her face that he likes her, but mentions it in their televised interviews after asking to be coached separately. But he really is a good guy who loves her unconditionally and does all he can to protect her...until he gets hijacked and I'm never going to get over that. But eventually it's as okay as it can ever be after all they've been through and they're together.

Didn't think Sam counted for this until I remembered. He wouldn't even go ask Rosie to dance before the whole Mount Doom thing happened. And that adventure gave him the courage to go straight to her when they got back (after 13 months of near death). Merry and Pippin's faces in that scene are the best. 😆 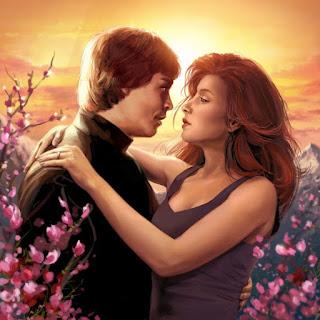 Hey, Luke and Mara also took ten years (and a near death experience) to get together. I mean, Luke did have other girlfriends, but several of them were only after him to use him/betray him, one of them being straight up an Imperial and later Sith. (I mean, Mara was a former Emperor's Hand and when they met she wanted to kill him, but that's beside the point. She stopped wanting to kill him in 9 ABY and they didn't get married until 19 ABY.) For ten years, he'd ask her to come complete her Jedi training, and then when she came he'd barely spend any time with her because he was focused on his students and so she'd leave. Until Han Solo and Talon Karrde decided they needed to force Luke and Mara to spend time together, and, well, things didn't go how anyone thought they would, but Luke and Mara ended up trapped in collapsed, rapidly flooding caves pretty much sure they were going to die, getting engaged. So things worked out. Eventually. Until Darth Caedus, but that's another story. 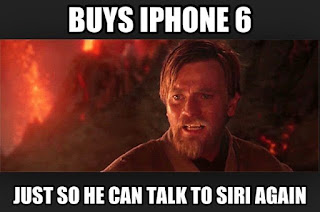 😭😭😭😭😭😭
Obi-Wan just straight out gave up the girl because his duty to the Jedi (and her duty to the Jedi) was more important than their love. I'm talking Legends here, because it's Siriwan all the way for me. (Though to be fair, he gave up Satine too. I'm just not a Satine fan.) See, as padawans, Obi-Wan and Siri were several times paired up on missions and on one when they're in their upper teens, they discover their love for each other. And very shortly thereafter put their commitment to the Jedi above their feelings. And their friendship isn't quite the same, they're still a good team, but there's a barrier between them. And when finally they talk about it again, twenty years later during the Clone Wars, well, then she gets killed. But yet Secrets of the Jedi by Jude Watson (where this all happens) has been my favorite Star Wars book since I was 13. Whhhhyyyyyy??????? (I mean, it's a really good book, but 😭😭😭😭😭😭😭)

For Arthur, it's not his fault. Gwen's a servant and he's the crown prince and so he has to wait until his father dies and he becomes king, and then Agravaine and Morgana try to mess it up further. So they aren't able to get married until the end of season 4 of 5. 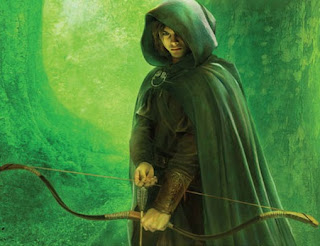 I'll finish up with Will Treaty. To be perfectly honest, Will's a real dope when it comes to girls. Brilliant battle strategist, completely clueless about girls. And so despite growing up with Alyss and her obvious interest in him, it's years before he tells her he loves her, and then it's only to break her out of a hypnotic trance wherein she's literally about to be forced to kill him. And then she's not sure he actually said that and he's not going to bring it up, and so they're all awkward about it. But at least Horace knows what went down and tells Alyss to just ask Will about it, that they need to stop thinking so much about things and come out and say them. So Alyss writes him a letter and Will goes to her and they're finally a thing, but yet 4 books later, Will's still kind of an idiot about girls. But Will Treaty is amazing. Just sayin'. November 3rd can't come soon enough.
So yeah, all these guys who are too shy or too clueless or too duty-bound to get the girl in a reasonable amount of time. Why do I like them? ¯\_(ツ)_/¯ I mean, they're all great characters, but that's a strange trend that I can't pretend to explain. Especially since such behavior creates relationship drama and I hate relationship drama. But yet...yeah, I can't explain why my faves have this in common.
Well, that went on longer than I thought it would, so I'll talk about the type of girl characters I tend to like best/relate to most next week. See ya then!
Posted by Morgan Huneke at 6:00 AM